Plex has built a following over the years as one of the best options to curate your media collection and make it available to stream across your Apple and other devices. Now the company is diving into gaming with a notable partnership with Atari to bring some of the most classic games to iPhone, iPad, Apple TV, and more as well as giving users the ability to store and play their own ROM games.

Plex announced its new gaming service/feature on its blog today. With compatibility on iOS/Android, Apple TV, and many more devices, the company is pitching Plex Arcade as an anytime, anywhere gaming service. Along with access to some of the most iconic Atari titles, users will be able to save, organize, and play their own ROMs.

But there was one category left on that media shelf, gathering dust. It was the old plastic cartridges for our beloved gaming consoles of yore. After all, in the years since our youth, fellow curators have managed to amass rich archives of gorgeous metadata for games, and the retro gaming community truly does run deep. It’s a fantastic movement, and after some soul searching and spiritual walkabouts, the answer arrived: this media belongs inside Plex!

We’ve actually kicked the idea around for years, and given that over the last year we’ve been looking for new ways to entertain and distract ourselves, we decided to finally make it happen. And we gotta say, the results are super cool! It’s so fun to see a collection of ROMs rendered as a Plex library with all the power of filtering, searching, and beautiful details pages, but of course that’s only half the picture…

In addition to the big collaboration with Atari, Plex Arcade has been made possible by a partnership with Parsec:

Please allow us to introduce our new partner Parsec: With their underlying low-latency streaming technology, it was suddenly possible to offer fully playable game libraries within Plex.

Plex Arcade works with any Bluetooth or USB controller, but for the best experience is recommending a Sony PS4 DualShock 4 or Xbox One wireless controller.

With all that Plex has invested into this new offering, it’s coming with a pretty reasonable price, $2.99 for existing Plex subscribers, and $4.99 for everyone else. Plex is doing a free 7-day trial as well.

Notably, for now, you’ll have to be using a Mac or PC to run your Plex Server set up to use Plex Arcade but if you’ve got that, you can play your own and the Atari games on iOS, Apple TV, Chrome browser, and Android. 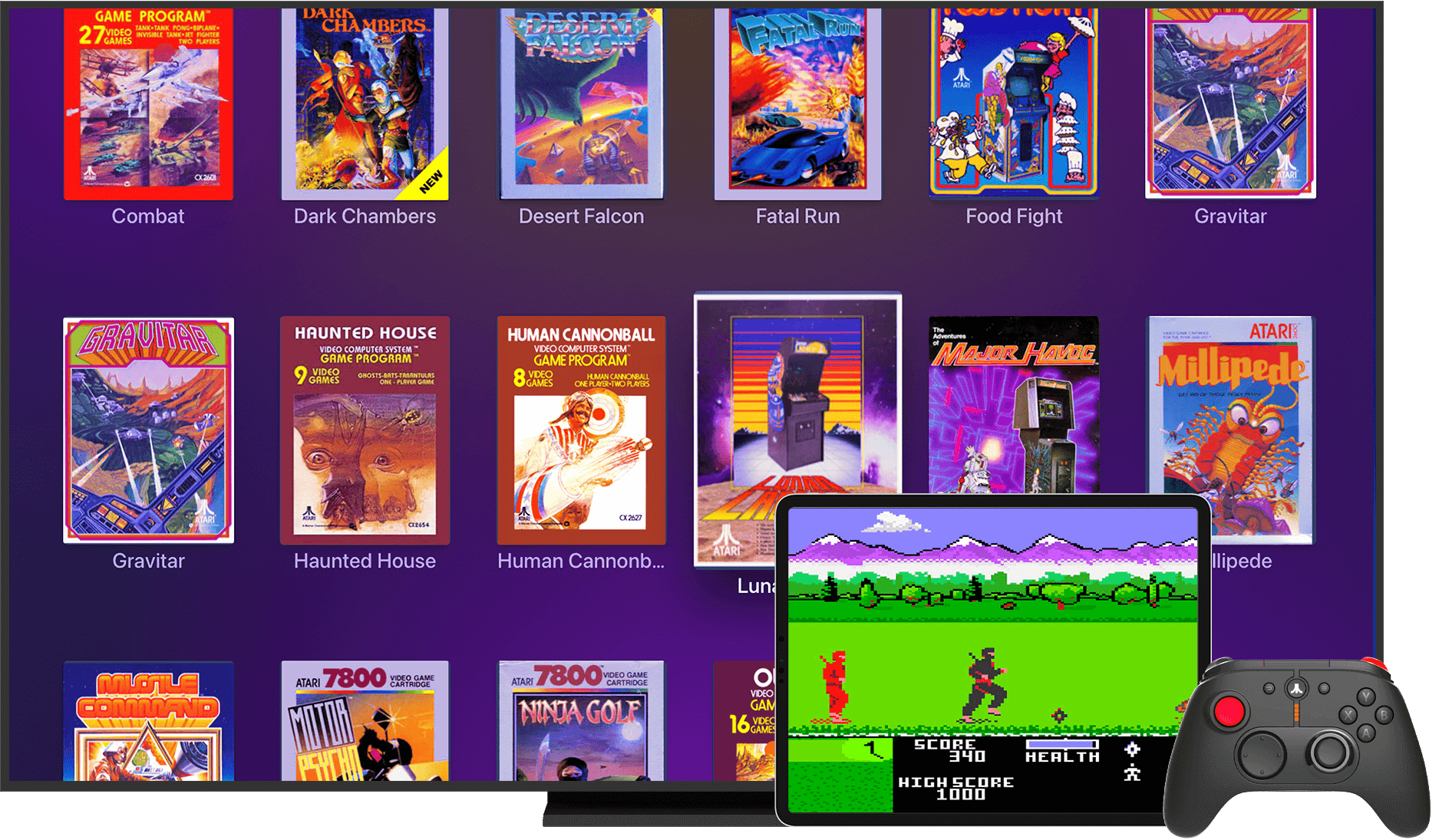